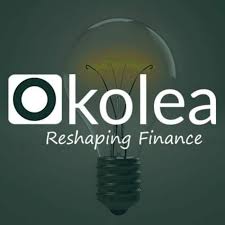 The Kenyan lending app with a twist.

Once again, another lending app has been launched in Kenya. With the likes of the American Branch, Kenya’s own Tala, Safaricom’s Mshwari, KCB loans via KCB bank, Pesapap by Family bank and CBA Loop with Commercial Bank of Africa, the list goes on. Kenya is a loan taking economy and a nation that thrives on loans as a stepping stone for entrepreneurial ventures. The loan culture has been facilitated by the numerous banking apps made available via smartphone stores, Google’s play store and the Apple App store.

You can now get an instant loan on your phone, within minutes. All you need to do is register and have a regular, sustainable inflow of cash and creditworthiness (which is often accessible via an M-Pesa history) through history with other lending apps. The Okolea app, which comes from the Swahili word ‘Okoa’ to mean, save is not like all the rest. This app comes with the promise to allow its users the benefits (or detriment to others) of taking multiple loans at a go.

For most digital lending apps, one loan must be repaid before taking another. However, Okolea operates differently. Digital lending has now become the leading source of credit in Kenya. While it is useful in the right hands, for the right reasons it can also be the start of a quick loan addiction. Today, it is the most used source of finance in the country, used especially for day to day needs.

Responsible borrowing from Okolea is available on the google play store, for the majority of Kenyan smartphone users via an Android device. After a major upgrade by the developers, users are now able to take up to three loans at once. The three different loans have different rates and durations applying to each.

The CEO of Okolea, Mr. Peter Muraya said that his company was among the first to apply the updated interest rule that forbids interest rates from exceeding the principal borrowed. It ensures that late payments are not penalized excessively. He continues to say that, it is a testament that the app Okolea, is in the business of helping and not exploiting customers. More so, it has also lowered its interest rates to a minimum of 5% and a maximum of 15% as opposed to the previous 20%.

The company recognizes that fixed rates can be detrimental to users who pay before the end of the month. This led them to provide different interest bands which depend on the time of repayment to access the early repayment benefits. The interest bands are 5%, for those who pay within two days and it comes down to 8% for those who pay within one week and 11% for two weeks then the 13% and 15% for three and four weeks consecutively.

At the end of the day every loan there is no shortcut, every loan must be repaid or face being blacklisted by the Credit Reference Bureau, which can lead to heavier penalties in the future. Such as the decline of a mortgage when you are ready to buy a home. However, Okolea has provided a softer touch to the users’ pockets with their selective interest bands. As for the customers, one of them has gotten delightful service and is happy to run small projects simultaneously using the creative lending app.

The action of taking loans is very easy. The benefits and satisfaction that comes with buying a new product for your business, child, or paying for an emergency or luxury service are very satisfying but it should be taken with a pinch of salt. Taking a loan has become part of Kenyan culture because of the ‘life in the fast lane’ mentality, and ‘get rich quick’ shortcuts. However, it also poses the dangers of developing an addictive behavior and the activity should be controlled within a certain demographic.